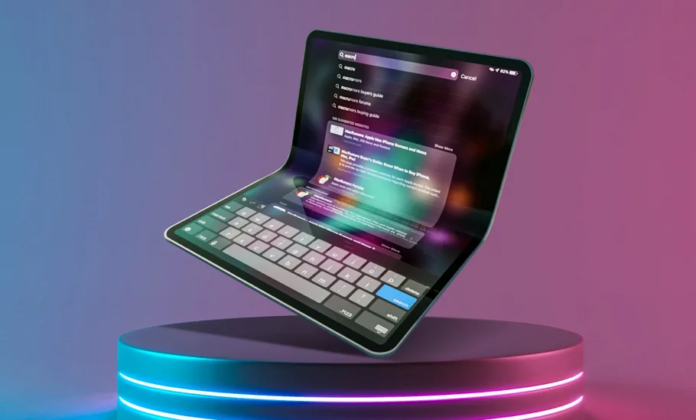 Foldables are an inevitable part of the future of mobile devices, but are a few years away. Multiple smartphone manufacturers have expressed interest in creating one and ushering this era for flexible displays. Apple was one of the major names missing from that list, but not any more as a new report suggests that a foldable, 5G-enabled iPad could be on the way.

The news comes from the Economic News Daily along with IHS Markit analyst Jeff Lin, and are based on information around Apple’s supply chain. Even though details are scarce, it is believed that the display will be similar in size to the MacBooks, which are in the range of 13 to 15-inches diagonally. The aspect ratio is likely to be a little different. It’s unclear if it will consist of two separate displays connected with a hinge or a real foldable like those from Samsung or Huawei.

Moreover, this tablet will also have 5G-capabilities, a feature that we are yet to see even on iPhones. That bit is a little confusing, as Apple would rather work on 5G developments on their top-selling iPhones rather than something else.

Apple is seldom the innovator when it comes to consumer tech, and usually waits for the tech to mature before they bring it closer to perfection. While Apple surely must be working on 5G and foldable tech by now, an early-2020 launch seems unlikely.

If this 5G-enabled foldable iPad indeed exists, it will be the top-of-the-line iPad Pro or even a new series altogether. The 2019 iPhones are not going to be 5G-capable so the earliest expected 5G mobile devices by Apple were expected to be the 2020 iPhones, but this rumour changes that.

The foldable tablet space, as exciting as it is, has been off to a slow and shaky start. Samsung tried to grab the first spot back in February but unfortunately, had to recall the Galaxy Fold. Huawei has pushed back the Mate X launch date to September. Unless Apple has some tricks up its sleeve, it’s going to be interesting to see how they will get over the issues that plague the current generation of foldable devices.