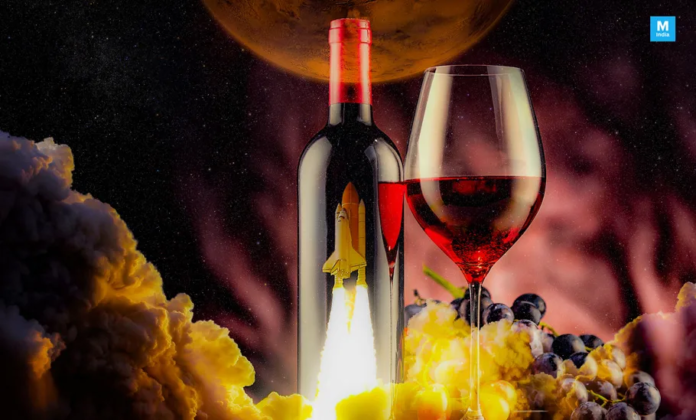 Mars is about nine months away from Earth. As the explorer starts losing his endurance, a polyphenol can help them they strong in the long-term mission and ensure they return safely to Earth. Resveratrol, a compound made with red wine, is mostly found in grapes and blueberries and has been often studied for its medicinal properties, including its anti-inflammatory, anti-oxidative and anti-diabetic nature.

A Harvard study, published in the journal ‘Frontiers of Physiology’, has found that resveratrol can prevent muscle deconditioning. Scientists demonstrated health benefits of the compound by inducing rats to the wasting effects of microgravity with a simulation. They used an approach in which they fitted rats with a full-body harness and suspended them by a chain from their cage ceiling. They exposed 24 male rats to normal loading of the Earth or 40 per cent loading of Mars for 14 days.

During the experiment, Harvard scientists administered 150 mg/kg/day of resveratrol with water to half of the rat groups, while other groups just received water. They would measure calf circumference and front and back paw grip weekly. After 14 days, the results of both groups were analysed and it was found that the Mars condition had weakened the rats’ grip and shrank their calf muscles as well as the muscle weight.

However, the heath of the Mars rats was significantly restored by the resveratrol supplementation and hence, saved their paws entirely from the effect, at par with the level of the non-supplemented Earth rats. What was the most interesting to see, particularly in this study was that the muscle mass comprising of soleus and gastrocnemius in the Mars rats were well protected and also there was no loss in the slow-twitch muscle fibres. These weight-bearing muscles are the first and the worse to be hit by zero gravity.

“Further studies are needed to explore the mechanisms involved, as well as the effect of different doses of resveratrol in both males and females,” lead author of the study Marie Mortreux told ANI.