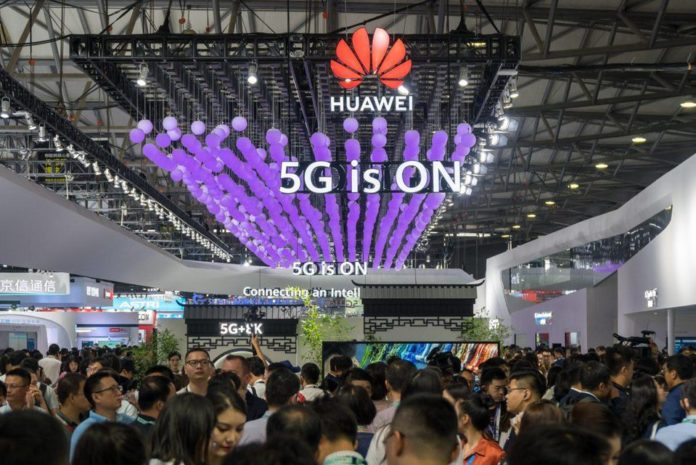 Huawei announced today that it had shipped 118 million phones globally (a figure that includes Honor devices) in the first half of 2019, a 34% jump from the same period last year. The phone sales accounted for more than 55% of Huawei’s total revenue of 401.3 billion yuan ($58.3 billion) for the first half of the year.

But Huawei’s Chairman Liang Hua concedes that the company’s strong performance was mostly supported by the momentum it had built over the past year (when it released a series of critically acclaimed phones), and that the second half may bring challenges.

“Our consumer business was growing rapidly before May 16, and since that day there has been some slowdown,” Liang told a group of reporters at the company’s Shenzhen headquarters. “And objectively speaking, we will face some challenges in the coming half.”

May 16 refers to the day the U.S. government officially added Huawei to its “Entity List,” which effectively banned U.S. companies from doing business with Huawei. This was considered a death blow to Huawei’s overseas phone business, as the company’s phones are reliant on Google’s Android operating system and other U.S. components.

The Trump Administration has since given Huawei a reprieve in the form of a less restrictive sales ban, and Liang confirms that suppliers are beginning to resume talks with Huawei.

But when asked if future Huawei smartphones will ship with Google OS with full support, Liang said that while the 5G Huawei Mate 20X is good to go because it had been in development since before May 16, “whether or not other upcoming phones can use Android will be up to the U.S. government.”

Liang added that he remains confident the issues “will be resolved positively on all sides,” but that in the worst case scenario, the company is ready and will “keep fighting for the consumer business group’s survival.”

This includes an operating system that Huawei have been developing in-house in case it can no longer use Android.

I asked Liang specifically if the company’s next flagship phone, the Mate 30, will ship with Google, and if the phone will ship with the alternative OS if not. To which Liang responded: “If the U.S. government allows us to use Android, we will use Android. But if the U.S. doesn’t allow us, then we will turn to alternatives. As for how ready our OS is, you’ll just have to see with your own eyes.”

Liang spent the hourlong press conference mostly talking about the U.S. issues, but despite admitting that the blacklist has hurt Huawei’s phone sales internationally, he said internally, the company remained more united than ever.

“To the outside, this has been a tumultuous six months, but inside the company we see things as quite calm. In a way, the U.S. government’s pressure on us has helped us understand our objectives better and enhanced our cooperating internally.”

This united front seems to have been the attitude in the overall China market, too. While Trump’s attack on Huawei has dampened the company’s phone prospect internationally, in China, consumers seem to have united in support of Huawei. According to research firm Canalys, Huawei shipped 37.3 million phones in China in the second quarter of this year, up 31% over last year, and the only major brand among China’s top five to grow in sales. Oppo, Vivo, Xiaomi and Apple all saw declining sales in the second quarter.

Still, Liang said the company’s strategy for the global market remains unchanged. The company will continue to seek open cooperation with global partners, and invest heavily into its own R&D. Liang said Huawei will invest 120 billion yuan in R&D this year.