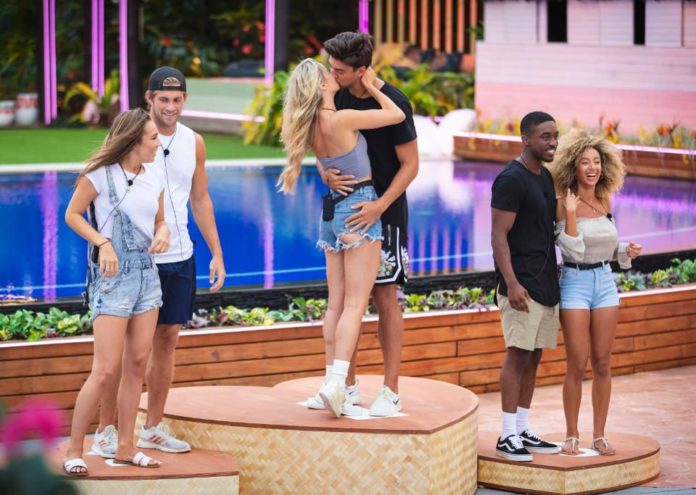 The Ofcom annual report was published this August 7 detailing the viewing statistics for British broadcast TV compared to video-on-demand services, such as YouTube, Netflix and Amazon Prime Video. The report warns that the future of traditional TV is on shaky grounds if TV broadcasters do not deal with the rise of video-on-demand.

According to the report, TV broadcasters (BBC, ITV, Channel 4, Channel 5) are still being watched by the majority of people living in the U.K. However, the rise in viewing numbers for free and subscription video-on-demand (SVoD) signals a more profound and long-term impact on the audiovisual sector in the U.K. What the report reveals is that our viewing habits are transforming to the detriment of traditional TV in the long run.

More people in the U.K. still watch broadcast TV. Live TV accounts for 56% of video viewers across all platforms, and the Broadcasters’ on-demand services are used at least once a month by 55% of adult viewers. Despite the fact that more than half of the people in the U.K. watch Public Service Broadcasters, their viewing numbers have significantly decreased.

More have subscribed to SVoDs, such as Netflix, Amazon Prime Video, NOW TV and Disney Life with 19.1 million, than pay-TV services such as Sky, Virgin Media, BT and TalkTalk which have a total of 14.3 million so far in the first quarter of 2019. Ofcom suggests that this is mainly because many households have more than one SVoD subscription. Nonetheless there is a significant increase in Netflix subscribers compared with last year, with 26% more subscribers in 2019, while the number of households taking pay-TV services has decreased (14.3 million, down from 14.8 million in the beginning of 2018).

So far in 2019, between January and June, the average viewing per person has been 3hrs 4mins per day, a 6% decline from the same period last year. This decrease in their viewing numbers is not due to the quality of programs. In fact, according to Ofcom, audiences are satisfied with the content offered on traditional TV. BBC’s Line of Duty was the most watched program in 2019 so far with 12.1 million viewers for its final episode. In 2018, it was BBC’s Bodyguard which had attracted 14.3 million viewers for its final episode.

However, Ofcom points out, the number of viewers these two episodes had is not enough to prevent the overall drop in broadcast viewing. According to the report, more than 34 series as successful as Bodyguard and the equivalent of 14 shows like the nightly broadcasts of Love Island would have been needed “to counteract the fall in broadcast TV viewing figures.”

In 2018, individuals in the U.K. spent a total of 4hrs 54mins watching audiovisual content per person per day. Of these 4hrs 54 min, on average a person watched 163 minutes per day watching live TV, and 34 minutes watching content on YouTube. These figures change slightly for 16-34 year old adults, who spent a total of 4hrs 34 mins, 83 minutes of which for Live TV, and 64 minutes on YouTube. According to the Ofcom report, it is this younger generation which is shifting away from broadcast TV.

Ofcom reveals that just below Public Service Broadcast, YouTube is the online video service most viewed in the U.K. Most commonly viewed on smartphones, YouTube accounts for 12% of all time spent watching video and 13% of all time spent online by adults. It is the most watched video service in adults aged 18-34. It is also the most popular app for children aged 3-17, with 44% stating that they prefer YouTube to broadcast TV. This shows a clear generational shift, as younger individuals are drawn to online video services.

TV broadcasters have endeavored to adapt, creating their own video-on-demand services—the BBC iPlayer, ITV Hub, All4 and My 5. To attract younger viewers who prefer using SVoD, the BBC, for example, had all of series 1 and 2 of Killing Eve available as a box set on BBC iPlayer immediately after the first episode was broadcast. The final episode of series 1 was watched online before its broadcast by 4.6 million people, while 3.3 million viewed it live or time-shifted (either recorded or watched on broadcaster’s video-on-demand platform after broadcast). This seems to suggest according to Ofcom that the BBC gained viewers because it successfully adapted to our changing habits. It also shows that a larger amount of people chose to view this one episode (or perhaps opting to binge-watch the entire series rather than wait for the weekly episodes) on a video-on-demand platform

This younger generation turning away from traditional TV are part of a growing proportion of the U.K. population (more than a million) who do not watch broadcast TV or have a television set. The reasons behind this is manifold: 43% claim they are not interested in TV programs, 13% are subscribed to an SVoD, such as Netflix or Amazon Prime Video, and do not watch their programs on a TV set, and 12% watch other online TV or video using other devices, while 16% do not want to pay the TV license.

The Ofcom report reveals essentially that our viewing habits are transforming. We watch more and more videos on our smartphones than before thanks to the high-speed internet available. Nonetheless, traditional TV still forms part of the majority of audiovisual content we watch daily.