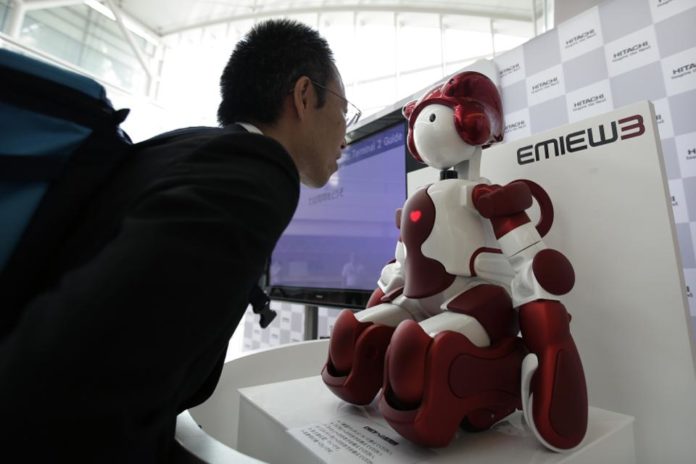 How mature does a product need to be before companies have the right to sell it to the public? The quality of a product and the brand of a company are closely interlinked. Some companies, such as Mercedes, Bentley and Rolex, have built their names on meticulously built products, free of flaws and made for longevity.

This approach is all well and good, but it doesn’t fit with today’s thinking on how products mature and are brought to market.

It may be an urban legend, but old-timers say it all began with the U.S space program.  Americans wanted to get to the moon. The emphasis here is on “wanted.” Nobody had a clue as to how this could be done. One option was to plan until enough confidence as to the feasibility of the solution was gained. The other approach was just to go for it–and go for it was exactly what the U.S. did.

The first rocket exploded on the ground. The next one lifted off, but also blew up. The one after that made it to the stratosphere before burning up. Destruction followed destruction as the space program slowly but surely inched its way to the moon. There’s no shame in failing, we’ve since learned. On the contrary, we now know that to succeed we first must fail–again and again. There’s no need to wait for the perfect product to launch (quite literally, in the case of NASA); our failures will guide us. Waiting for perfection will only prevent us from trying, attempting and failing.

The ultimate goal of this process of testing new products is to reach product/market fit: That magic moment where what the product does and what the user wants perfectly align. The aim is to build something that works well enough to justify user engagement, but not to overbuild it to the point where you’re wasting time and resources. These simplified products are known as minimal viable products (MVPs). For an MVP to provide the data used to achieve better product/market fit, it needs to be used by real people, not just in a lab.

This approach of cooking up something relatively quickly and releasing it into the real world has been perfected by startups. What is there to lose, after all, when you’re young and agile, hungry for users and don’t yet have a brand to protect? In this environment, it’s best to release early versions, capture user feedback, go back to the drawing board and work on the next iteration.

Brand-name companies have now learned to employ this minimally viable approach. Once the sole domain of startups, the practice of releasing products that have more holes in them than a piece of Swiss cheese is being carried out by some of the biggest companies. As long as your users are okay testing a half-baked product, why bother waiting for it to cook all the way through? Best to simply go out and check user engagement. The thrill of end users experiencing a new product and the hunger for data that helps improve the product have created a new equilibrium that outweighs the risks, and benefits brands and users alike.

It’s essential to highlight that there is a difference between poorly built products that fail (the exploding Samsung Note, for example) or products that have some dishonesty about them (such as cameras appearing in airplane seats) and what we’re discussing here: Products that are launched with just enough substance to be used as a trial run.

Companies that take the “shameless MVP” approach do not outright declare their products to be this. However, once the concept of product/market fit and MVP are understood, it’s possible to suspect which products are meant for scale and which are meant to be a test. Here are a few famous examples:

·      Google Glass: The learnings this product generated for Google were only matched by the media buzz it created. One of the key learnings; no cameras, please.

·      Google Cardboard: Google Glass’ primitive sibling, Google Cardboard, may, in itself, have been a learning that came out of the Google Glass MVP. Why invest in expensive hardware if all you need is for people to interact with AR/VR capabilities? If you want to whet the appetite and curiosity of developers, an origami cardboard case and off-the-shelf phone will do.

·      Samsung Fold: Just like the folded screen, it’s not clear if this is a failed product or an MVP, though the Fold appears to be an MVP. Thought leaders (aka YouTube influencers) got to test and comment, journalists weighed in, and a lively online discussion followed. Pretty good value when the coverage and insights gained are considered.

·      Xiaomi’s Mi Crowdfunding Platform: Here’s an original thought: Chinese manufacturer Xiaomi created its own crowdfunding site that shows real products to consumers. Based on preorders, Xiaomi could decide which products would go into production. Considering the speed at which consumer-product manufacturers in China operate, this all-in MVP approach makes sense. The Xiami Mi Crowdfunding Platform generated $3 Billion revenue in 2017.

The moral of the story? Finding product/market fit using the MVP model is critical to the development cycles of a product. In a digital world, testing and iterations are fairly easy. But in an increasingly IoT/hardware world, MVPs are considered to be more complicated since they require manufacturing a physical product. For corporations this is actually a hidden opportunity to learn from Google, Samsung and Xiaomi and leverage size advantages to build shameless MVPs. Target users will love the experience (or else they may hate it–but hey, feedback is feedback), and the iterations of your product will improve.