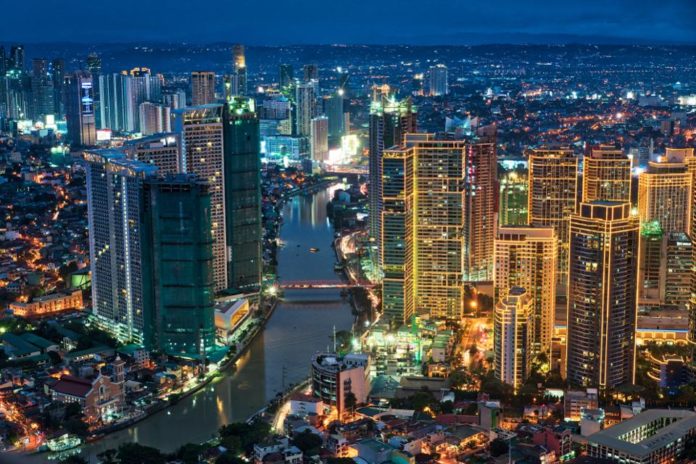 For too long, the Philippine capital of Manila has been seen as a mere stopover on the way to the country’s breathtaking beaches—and it’s a notion not exactly unwarranted.

Dense, busy, notoriously tricky to navigate, with maybe the worst traffic most people will ever encounter, Manila doesn’t make itself easy to love. But to go by first impressions would be to miss out on Southeast Asia’s most underrated capital.

As a lifestyle and culture editor from Manila, I’ve had to contend with the city’s tangled histories for much of my personal—and especially professional—life. But the older I get, the more I realize those narratives have also given Manila its magic. It’s a city in constant flux—forever contending with its past while raising a glass to the future. Today In: Lifestyle

Beneath the chaos and confusion, Manila thrives through imagination, resourcefulness, and optimism, with upstart creative communities (the chic design enclave The Alley at Karrivin, the creative grit in Escolta), a world-class food scene (Toyo Eatery is among Asia’s 50 Best Restaurants 2019), and arts and design industries that have long been a low key player on the global scene.

Next time you book a trip to the sun-kissed paradise of Palawan or Siargao, extend that stopover a few more days. You certainly won’t regret it. Here are six hotels to make your trip to Manila unforgettable.

They don’t call this hotel an institution for nothing. The grand dame of Manila’s hospitality scene, the Peninsula is one of the most storied hotels in town and it’s managed to maintain its genteel charm since first opening its doors in 1976. The lobby—adorned by an elegant sculpture by National Artist Napoleon Abueva on the ceiling—is still a favorite of Manila society, with some of the city’s most influential figures frequently spotted having breakfast or afternoon tea on any given day.

Shangri-La Hotel, At The Fort

The Shangri-La group’s fifth venture in the Philippines, the ultra-luxe Shangri-La, At The Fort lives up to the company’s reputation. Featuring acclaimed specialty dining concepts, a members-only leisure and recreation club equipped with top-of-the-line fitness facilities (including an NBA-level indoor basketball court), and public art by world-renowned Philippine artists and designers (the massive tapestries created by Vogue favorite Bea Valdes, especially), it’s the perfect home from which to explore bright and shiny Bonifacio Global City.

For a truly leisurely time, Aruga Services Apartments by Rockwell is a great destination. Located across the luxurious Power Plant Mall, some of the city’s best shops (from the Business of Fashion-approved boutique Univers to local standalone stores of Off-White and Comme des Garçons) and restaurants (Asia’s Best Female Chef 2016 Margarita Fores’ Grace Park) are a stone’s throw away and a quick drive takes you to the energetic nightlife district of Poblacion. Aruga is perfect for both short weekend stays and longer monthly rentals.

Manila is a city forever making and remaking itself. There’s so much new construction that you begin to wonder what the city looked like even a decade ago. The Henry Hotel in Pasay, then, is the perfect antidote to that. Located in a compound housing around two dozen heritage homes, entering the gates can make you feel like you’ve time-traveled back to the 1950s.

Most of Manila’s most storied museums (National Museum of the Philippines, the Museum of Natural History) are a 10-15 drive from the Henry and the historical districts of Intramuros and Escolta are conveniently near. Heritage overload? The furniture store Artelano 11 and the Avellana Art Gallery are also in the compound.

Walking distance from some of the city’s top shopping destinations, in the heart of Makati’s business district, Discovery Primea Makati is ideal accommodations for the world-weary business traveler. All your business hotel needs are here—from executive lofts to private boardrooms—and the one thing you really need after a long day of work, a good drink. Primea’s Gilarmi Lounge has a gin library with over 50 types of gin, with a well-stocked collection of tonics, bitters, and garnishes.

If you’re looking for something with more of a neighborhood feel, Picasso Residences in the central business district of Makati is a great escape. One of the pioneers of the boutique concept in the city, it boasts an art gallery and a formidable lobby restaurant. Even better, trendy cafes, chic boutiques, and popular restaurants are all walking distance. On Saturday mornings, the nearby park hosts the popular Salcedo Market, a must-visit feast for the senses.

City of Dreams Manila is one of several massive resort and casino complexes that opened in Roxas Boulevard (near Manila Bay) in the last few years. Boasting world-class gaming experiences and luxurious suites, each of these entertainment giants have their charms. Comprised of three luxury hotels (Nüwa Manila, Nobu Hotel Manila, and Hyatt Hotel), City of Dreams has a trump card though: rock star chef Nobu Matsuhisa’s Manila outpost of Nobu.

Airbnb CEO pledges to verify all home listings by 2020