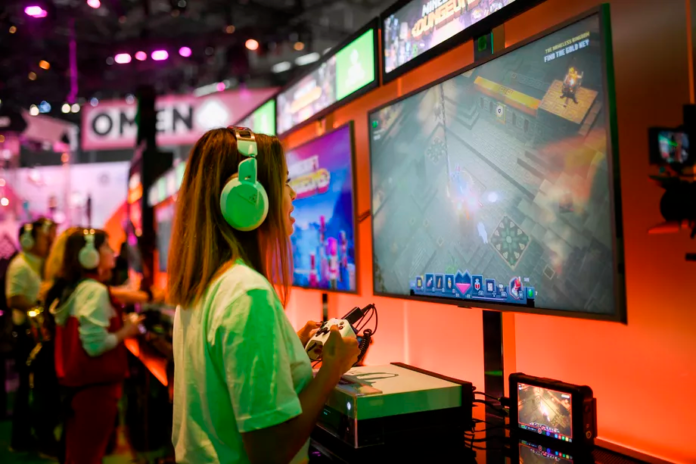 It’s not always best to be the best.

When you visit an online marketplace like Xbox, Spotify, Google Search, Apple’s App Store, or Amazon, the products you see on that platform — video games, songs, search results, apps, consumer goods — aren’t necessarily visible because they’re the highest rated or the bestsellers or even the most pertinent to what you’re looking for. You see them because they’re the products the platform thinks will increase its overall value, both to customers and to itself.

These machinations have the ability to make or break products, tilting the playing field in favor of what benefits the platform most.

Those are the overall findings from a new study of video game platforms like Sony’s PlayStation 3 and Microsoft’s Xbox 360 from faculty at the University College London School of Management, New York University Stern School of Business, and the University of Auckland Business School.

These platform behaviors are also at the center of major regulatory conversations surrounding antitrust accusations against major tech companies, particularly Amazon, Google, and Apple, which are currently being investigated by federal and state governments for anti-competitive behavior.

Amazon is under fire for favoring its goods in its own dominant marketplace.

Regulators are scrutinizing Google’s search and online advertising dominance, which they say steer users to content that benefits Google.

Apple is in trouble for promoting its own products in the App Store — even when those apps are outside the category users were searching for.

As for video games, those endorsed by a platform — say, being included as a featured game or on a list of best multiplayer shooting games — have far higher sales than those that aren’t, according to the study.

“The owner of the platform manipulates who succeeds or who fails,” one of the report’s authors, NYU Stern Professor Melissa Schilling, told Recode.

These orchestrations aren’t always apparent to customers, who may assume that what’s included in a best-of section is just that. But pride of place has real value — and represents a complex set of considerations meant to make the platform better, engage audiences, and make money. Platforms also have other more subtle ways to promote products (including their own), like higher placement in search, for example.

The researchers found that video game platforms were more likely to promote “good, but not best” video games when ranked by initial sales performance. That means platforms were more likely to endorse video games with a ranking between the top 2.6 percent and top 20 percent in sales than those that ranked in the top 2.5 percent. Platforms don’t necessarily promote games with the best reviews either, though they do try to look for good reviews.

“Microsoft doesn’t need to throw advertising or awards at Halo, or Sony at Grand Theft Auto— those games have already popped,” Schilling said.

Instead, Microsoft and Sony are looking to prioritize less popular video games where they might have more negotiating room with third-party companies and what they’re willing to pay to be on the platform. Typically, products on an online marketplace pay a percentage of their sales to the platform owner. And the promise of better visibility equals higher rates.

“If you’re a platform, you’d rather create a star. You’d like to take an underpaid complement and build it into a star while it’s still exclusive to you.”

While those actions may be self-serving, promoting certain video games over others also helps platforms round out categories where they don’t have their own products or helps overcome periods when there are few new releases by pointing people to ones they might not have heard of.

The study also found that these platforms were more likely to give awards and endorsements to games made by other companies. Schilling noted that this is to avoid obvious self-promotion and also because there are plenty of ways for Microsoft and Sony to more subtly promote their own products, such as having them show up higher in search results or offering free trials.

The regulatory criticism is that platforms are manipulating results in their favor for financial gain and to the detriment of competing products. And yes, there’s an inherent conflict of interest when the owners of a marketplace are also competing in that marketplace. But it’s also a bit trickier than that.

Platforms are governed by a number of algorithms that are kept secret so as to prevent outside manipulation. In Google’s case, it uses a number of criteria — including a site’s traffic, how often other sites link to it, as well as your own search history, location, and demographics — to get you to the search result it thinks you want. The problem is when people search for something on Google (or Amazon, Apple, etc.) they’re under the impression that what’s at the top is the most pertinent to what they’re looking for, and don’t know that other factors are at play as well.

And as we’ve learned from the video game study, what shows up on a platform is what’s best for the platform, not necessarily its customers.

3 Popular E-Liquid Flavours Around The World For Best Vaping

Fashion Books To Get You In The Fashion Week Mood