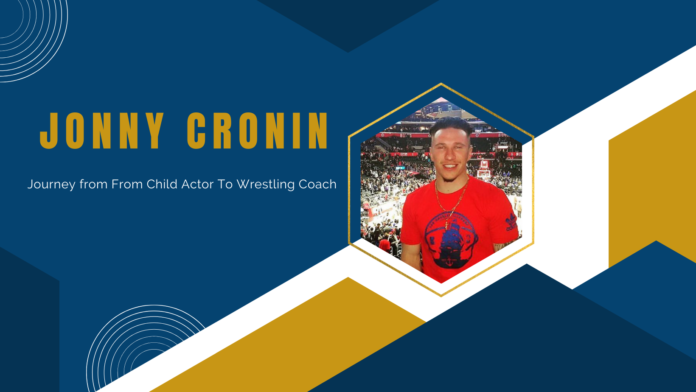 Jonathan’s talent was first discovered in a small town in St. George, Utah. At the age of 11, while at a recreation center, Jonny stumbled upon an audition for an up-and-coming movie called ‘HORSE CRAZY’. At that time, he didn’t get where he was getting himself into; Jonathan asked if he could audition for the movie as the company was closed for the day. And this was the moment that led to a series of events that changed his upcoming life.

After auditioning for the movie ‘Horse Crazy’ (2001) and becoming an instant favorite, Jonathan would land his first role as the main character in HORSE CRAZY. At that time, Horse Crazy was a successful kid’s movie and was immediately picked up by the Netflix, HBO family, and other television networks. Soon after this, Jonathan Cronin caught the attention of well-known manager Linda Lang of Las Vegas, Nevada.

Later, he joined the prestigious William Morris Agency out of Los Angeles. The agency has represented some of the biggest movie stars globally, including Tom Cruz, Goldie Hawn, Danny DeVito, Don Johnson, and many more.

During his middle school years, while in Las Vegas, Nevada, Cronin also traveled to Las Angeles multiple times a week to auditions with some of the biggest names around, including Lion King, Good Boy, Minority Report, and many other projects.

He was highly talented, likable and on the verge of bursting through as a star. Jonny Cronin was also a promising athlete in Las Vegas in various sports. However, during his adolescence period, he switched his focus and began a new journey. The majority of the people who knew him believed that he had unlimited potential and paramount star quality to succeed in Hollywood.

Infinity Hoop: Reasons Why You Should Start Hula Hooping Today

Why Should You Wear Eyelash Extensions?