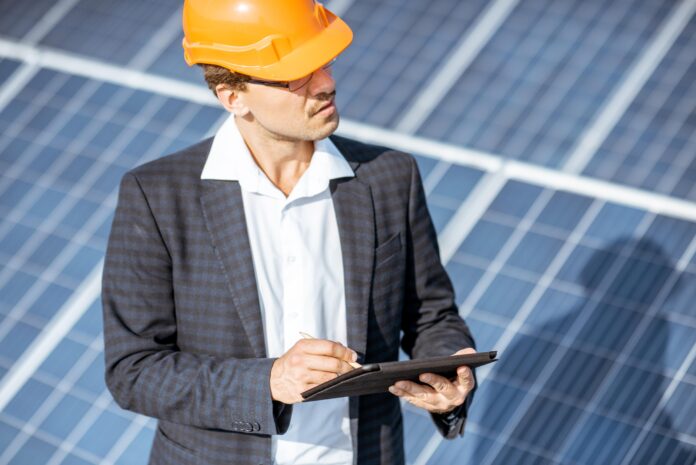 Using solar power in the workplace brings with it a variety of different benefits. Obvious selling points of using solar power in the workplace to businesses include a substantial drop in the cost of energy bills as well as a reduction in a company’s carbon footprint, but even these advantages barely touch on the large number of benefits making such a move can provide.

For solar controllers, you can browse the range at RS Components.

Australia is famously sunny, experiencing a greater amount of solar radiation than any other country in the world per square kilometre, making it an ideal place for both the industries that make their money from solar power and the businesses that are able to enjoy the many benefits of it.

The sun gives off 10,000 times as much energy every year as is consumed in the whole of Australia, and that incredible amount of power can now be harnessed better than has ever previously been the case due to the ever growing number of innovative new solar power technologies. Solar power is a renewable and formidable energy source that can now finally be put to the best use because of solar panels and other associated technology such as a solar controller, which regulates the power from the solar panels to ensure the batteries that produce energy do not overheat.

The benefits of offices with solar power

When solar panels are incorporated into the design of the office, a business will see the financial benefits begin to develop over time. Although the upfront costs of moving an office from more standard power to making use of solar power can be substantial, the initial setup costs will ultimately be massively outweighed by the savings accrued over the long term. That initial investment ultimately results in a business being able to be much more energy efficient in the long term and those start-up costs will ultimately be earned back as well as much more besides.

While some of the financial benefits of switching a workplace to solar power can be immediately obvious, others can be more difficult to detect. For instance, once a business begins to create its own energy it will use much less from the grid and thus not to have pay for that energy.

In some states and territories a business that collects energy far in excess of what it actually uses and needs can even sell it back to the grid, thus providing even more financial gains.

Investing in solar panels also means that a business will be protected from further energy price increases, a factor is of particular relevance given that the limitations on coal, gas and oil resources is expected to see traditional power prices rise significantly in the near future. An investment in solar panels means that a business will no longer depend on traditional fossil fuels or energy providers.

Businesses that actually own the building their company operates out of will also gain an increase in the market value of that property, a major benefit in the event that the business decides to relocate elsewhere.

Awareness of the benefits of solar power has grown enormously over the course of the last ten years, and over 800,000 buildings in Australia now make use of solar power.

Ways To Reduce Your Carbon Footprint

Brad Spiegel’s thinking, about how internet connections can change the life...