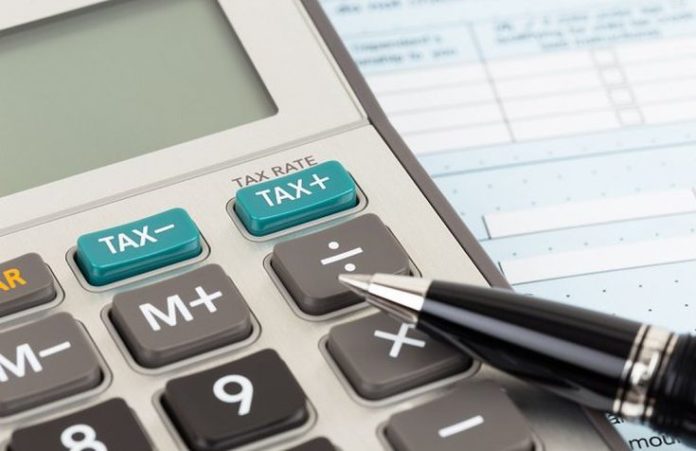 A worker’s labor is generally compensated in the form of salary, wages, bonuses, fringe benefits, rewards and sometimes tips, commissions and investment income. Even earnings from any side gigs or freelance jobs have to be reported as earned income.

All such compensations are subjected to various taxes at both federal and state levels. The salary calculator enables determination of how much annual salary goes into the bank account and how much of it goes towards the tax payments.

The three federal taxes that are imposed on the salary and wage income includes:

When the tax collected is credited to the account of the country it is known as federal tax. This money is used to upkeep the economic, social and cultural growth of the nation. It can be treated as the fees charged by the country to let the use of its resources.

The government of Uncle Sam imposes a tax on wages and salaries that are calculated on Form 1040 and appears in box 1on W-2 Form. The federal tax system is progressive that means higher incomes are taxed at higher rates. However, the amount of taxable income can be reduced by various deductions, tax credits and exemptions resulting in a reduction of federal income tax.

Taxes deducted from the employee’s earnings in the form of payroll withholding is known as federal income tax. The amount of tax withheld is based on the information given to the employer on Form W-4, which is more or less than the amount due to the government at the year’s end.  Form W-4 can be changed at any time during the employment period and employee is free to adjust the number of withholding exemptions.

However, there is a possibility of being taxed more than the wage cap if the employee works for more than one employer and each of them is withholding up to the base. Although any tax overpayments can be refunded when claimed from the IRS while filing your tax return. A record of earnings can also be kept with the salary calculator, and employers can be stopped from withholding for social security if the total income reaches $132,900 for 2019.

The government imposes Medicare tax at a flat rate of 2.9% on all the wages and salaries received by the workers, including employees, business or farming income earned by self-employed individuals.

Like the Social Security Tax, Medicare tax is also paid equally by the employees through payroll deductions and the employer also pays though this is not displayed on pal slips so some emlpoyees may not be aware their employers pay this tax on their behalf. So, this means that 1.45% of tax is paid by the employer from his/her pay and employer then matches that, paying an additional 1.45% amounting for a total of 2.9%. This means that the cost of employment is not the same as a salary as there are employment taxes which the employee is not aware of, this additional cost of employment taxes can also be calculated on the salary calculator which is useful for employers who want to calculate the total cost of employment and / or identify salary packages.

The US government like most of the countries make most of the revenue from the income of its residents. So, one should be prepared beforehand the onset of the tax season, in fact keeping the track of taxable earning throughout the year would help to avoid any unpleasant experiences on the D-day.

How Can A Remote Database Management Company Boost The Productivity of Your Business?

An Insight into SAP Consultation by Chris Salis

Basic Principles For All Small Businesses

Exploring the Concept of Instagram Reels and Its Benefits

6 Fun Social Distancing Activities for You and Your Family Presented...

How Can A Remote Database Management Company Boost The Productivity of...