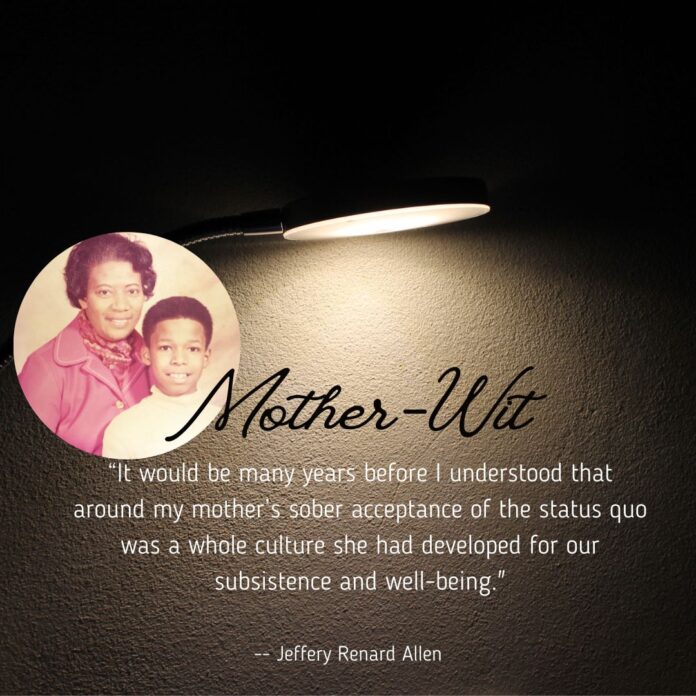 Jeffery Renard Allen is an Essayist, Novelist, Poet, Short Story Writer, and an Editor. Also, he is a Professor in the Creative Writing program at the University of Virginia. Jeffery Renard Allen is a John Simon Guggenheim Fellow and was a resident at the Rockefeller Foundation’s Bellagio Center in Bellagio, Italy. Recently, Jeffery has also taught for the Iowa Summer Writers’ Festival, Sewanee Writers’ Conference, and the DISQUIET International Literary Program in Portugal.

Allen has also worked with developing writers around the African continent. He founded the Pan African Literary Forum with fellow author Arthur Flowers which in the year 2008 held an international writers’ conference in Accra, Ghana, that featured 100+ participants.

In August 2012, Jeffery taught for Chimamanda Ngozi Adichie’s Farafina Trust Workshop in Lagos, Nigeria. He served as the Program Director for Literature for the Jahazi Literary and Jazz Festival in Zanzibar. In his work with the Norman Mailer Center’s Writers Colony, Jeffery has worked with several emerging writers from the African continent, including Yewande Omotoso, A. Igoni Barrett, Samuel Kolawole, and Victor Ehikhmamenor.

In the essay “Water Brought Us,” published in Callaloo in 2007, Jeffery examines how his travels on the African continent reshaped his thoughts about place, race, and slavery. In his subsequent interviews, Jeffery talked about how his time spent on the Swahili islands of Lamu and Zanzibar in East Africa helped shape his creation of the fictional island, ‘Edgemere’ in his 2014 novel Song of the Shank.

Jeffery Renard Allen is one of many notable writers in the New York Times feature, “Black Male Writers for Our Time,” which highlights the work created and the honors received by these writers. He was born in Chicago, Illinois, in 1962 and raised on the South Side of Chicago. He attended public schools in Chicago and completed his university education at the University of Illinois at Chicago. Moreover, Jeffery holds a Ph.D. in English (Creative Writing).

Jeffery is the author of two poetry collections, Stellar Places (Moyer Bell, 2007) and Harbors and Spirits (Moyer Bell, 1999). His poems focus on history, film, music, mythology, and other sources rather than narrative or autobiographical experiences.

Also, he has completed three works of Fiction, two widely celebrated novels – Rails Under My Back (Farrar, Straus, and Giroux, 2000) and Song of the Shank (Graywolf Press, 2014), along with a story collection Holding Pattern (Graywolf Press, 2008). In writing about Jeffery’s Fiction, reviewers often note his lyrical use of language and his playful form in writing about African-American life.

For Rails Under My Back, he won The Chicago Tribune’s Heartland Prize (for Fiction), and for Holding Pattern, he got Ernest J. Gaines Award (for Literary Excellence). Jeffery is an advisory advisor for the journal Black Renaissance Noire’. Also, he was the guest editor for the Spring 2014 issue of ‘Kweli Literary Magazine,’ the Winter 2009 issue of ‘The Literary Review’ and the Spring 2014 issue of ‘Fifth Wednesday Journal.

Jeffery has taught in the writing program at Columbia University and in many distinguished writers’ conferences and programs around the world, including Cave Canem, the Summer Literary Seminars Program in St. Petersburg (Russia), in Kenya, the Kwani LitFest, the Zora Neale Hurston/Richard Wright Foundation, North Country Retreat for Writers of Color, Chimamanda Ngozi Adichie’s Farafina Trust Workshop in Lagos, in Singapore the American Writers Festival and VONA.

Allen is also the fiction director for the Norman Mailer Center’s Writers Colony. He is president and co-founder of the Pan African Literary Forum, an international, non-profit literary organization that aids in helping writers on the continent of Africa.

His work has also appeared in several anthologies, including 110 Stories: New York Writes After September 11,

· Homeground: Language for an American Landscape,

Currently, he is working on a collection of novellas and stories called Radar Country that, in part, uses his travels on the continent of Africa to frame an exploration of subjects such as identity, family, place, religion & faith, music & culture, and race.

In 1989, he was awarded The P.E.N. Discovery Prize. His novel, ‘Rails Under My Back’ has won the Chicago Tribune’s Heartland Prize for Fiction. Jeffery’s story collection Holding Pattern won the Ernest J. Gaines Award for Literary Excellence. Also, Allen was awarded a Whiting Award, the Chicago Public Library’s Twenty-First Century Award, the 2003 Charles Angoff Award for Fiction from The Literary Review, and special citations from the Society for Midlands Authors & the Zora Neale Hurston/Richard Wright Foundation. In 2015, Jeffery received a Guggenheim Fellowship in Fiction.

What is the reason Barry Taylor, a lawyer famous in Townsville, Australia?