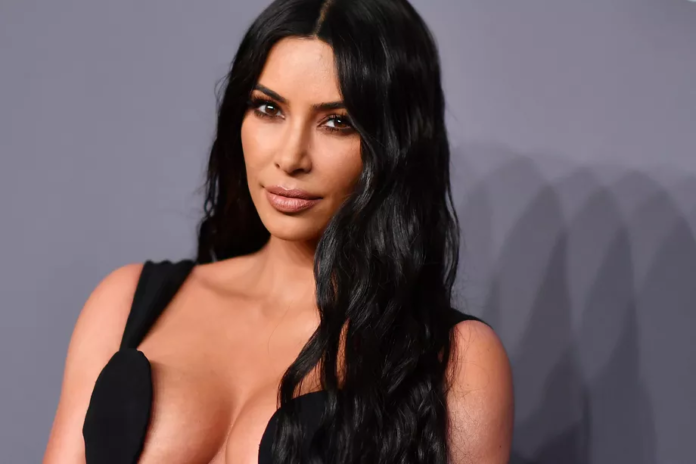 Kim Kardashian has heard your complaints. The TV star, business mogul, and aspiring lawyer will rename her forthcoming shapewear brand of bodysuits and other Spanx-like underthings, after its original name, Kimono, raised concerns of cultural appropriation.

“I am always listening, learning and growing – I so appreciate the passion and varied perspectives that people bring to me,” Kardashian said on Monday morning in a trio of tweets. “When I announced the name of my shapewear line, I did so with the best intentions in mind.

“My brands and products are built with inclusivity and diversity at their core,” she continued, “and after careful thought and consideration, I will be launching my Solutionwear brand under a new name. I will be in touch soon. Thank you for your understanding and support always.”

The rebrand comes just a week after Kardashian unveiled her line of “shapewear and solutions for women” via Twitter on June 25. Although some of her followers (including fellow celeb Chrissy Teigen) praised the brand’s wide array of styles for women of diverse body types and skin colors, others called out Kardashian for borrowing the word for a traditional Japanese style of dress for her venture. (Kardashian has a habit of inserting her first name into whatever she’s selling — like her emoji line, “Kimoji” — but in this case, the approach is a little more tenuous. “Kim” is already part of “kimono,” and kimono is a … type of clothing. That’s about it.)

The kimono has evolved since its beginnings during Japan’s Heian period (794 to 1185 AD), which saw many men and women wearing the wide-sleeved, ground-skirting outfit on a regular basis. The modern kimono — with longer sleeves and a wider waist tie — arrived during the 1600s and has remained virtually the same ever since. Because the kimono is a heavy, expensive, and delicate piece of clothing, the garments are typically worn today in Japan during formal occasions only, and with a sense of pride.

But the kimono’s striking look — sweeping sleeves and a robe-like construction, often adorned with intricate designs — have given it international renown. And that has often led to appropriative takes on the Japanese fashion, with many brands crafting their own drapey “kimono” cardigans and shawls, which tend to be modeled by white women and loosely inspired by the real thing. Prior to Kardashian’s recent controversy, Japanese writers had called out the fashion industry for its seeming obsession with the kimono.

“Contrary to what Orientalist art and contemporary brands might have you believe, kimonos are not just clothes,” Emi Ito, a Japanese American blogger and educator, wrote earlier this year. “They are garments worn for celebrations, sacred ceremonies, and life’s milestones. They are part of our family stories, which for some of us, are the stories of what was left behind and the people who are no longer with us.”

Loose-fitting shawls are one thing — but traditional kimono can hardly be called “sexy” in the way that Kim Kardashian’s shapewear line, which is intended to be skin-tight by nature, seems meant to evoke.

In response to Kardashian’s brand announcement, Japanese visual artist Mariko Umeda pointed out in a tweet that shapewear is at odds with the general concept of the kimono.

“Nice underwear, but as a Japanese woman who loves to wear our traditional dress, kimono, I find the naming of your products baffling (since it has no resemblance to kimono), if not outright culturally offensive, especially if it’s merely a word play on your name,” Japanese BBC News editor Yuko Kato said, asking Kardashian to “reconsider” the name of her line.

As a non-Japanese person, and one seemingly unaware of the kimono’s cultural history, Kardashian continued to receive blowback throughout the week that followed the announcement. The name even briefly inspired a hashtag, #KimOhNo, to call out the poor branding. The criticism only intensified when Business Insider reported that Kardashian had filed a trademark application for the word “kimono.”

At first, Kardashian stood behind the name and her decision to trademark it. “I understand and have deep respect for the significance of the kimono in Japanese culture,” she said in a statement to the New York Times on June 27. She added that trademarking the word “will allow me to use the word for my shapewear and intimates line but does not preclude or restrict anyone, in this instance, from making kimonos or using the word kimono in reference to the traditional garment.”

Even the mayor of Kyoto, one of Japan’s major cities, weighed in, asking Kardashian to reconsider her plans in an open letter.

“We think that the names for ‘Kimono’ are the asset shared with all humanity who love Kimono and its culture therefore they should not be monopolized,” wrote Mayor Daisaku Kadokawa.

But now Kardashian has reversed course, to the satisfaction of her Japanese followers and others who had called for her to change the name. Based on Kardashian’s not-great track record with cultural appropriation, however, her next challenge will be to avoid making the same mistake with her next branding attempt.

UN Climate Action Summit: Who Is Greta Thunberg And Why You Need To Listen To Her Speech