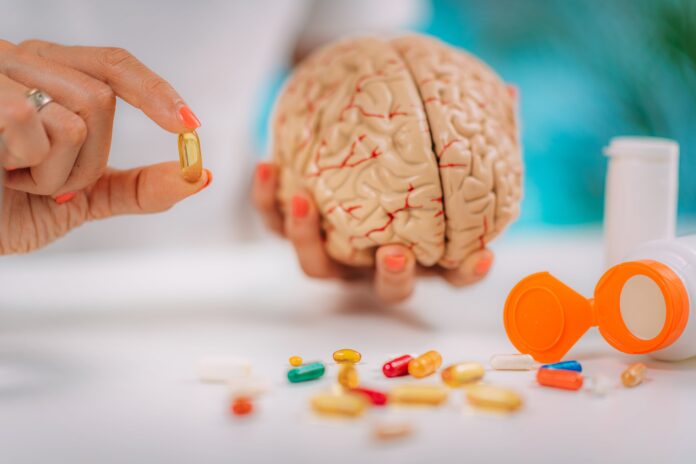 Brain supplements can boost memory, focus, and concentration to help you be more productive at work and in school. They also increase your brain health and prevent diseases that can negatively impact your cognitive abilities. It’s never too early or too late to start taking supplements for brain health; especially if you’re constantly feeling stressed out or trying to cope with memory loss from aging. If you want to learn more about the best ways to nourish your brain to maximize its potential, check out this list of 9 natural brain supplements that can make you smarter.

Your brain uses omega-3s to build brain and nerve cells, and these fats are essential for several reasons. Fish oil supplements have been linked to improved concentration and mood, and fish oil is also thought to improve cardiovascular health. If you don’t get enough omega-3s in your diet, consider taking fish oil or a brain supplement that contains it.

Vitamin B12 deficiency can lead to memory loss and general weak brainpower in aged persons. Studies have shown that supplements can help people with mild memory problems improve their scores on tests, but more research is needed to show a significant connection between supplementation and brain health. For now, it’s recommended that people over 50 get about 1.5 mcg of B12 daily from either food or a supplement.

Magnesium acts as the gatekeeper for NMDA receptors, which are involved in healthy brain development. According to one meta-analysis, participants who took magnesium supplements (along with calcium) had less cognitive decline over nine years than those who didn’t supplement their diets. Magnesium is also found in green leafy vegetables, nuts and seeds, and whole grains.

Experts have found research that supplementing your diet with creatine may also aid brain function by increasing dopamine levels and mitochondrial function. Dopamine is one of your body’s chemical messengers and is associated with feelings of pleasure, drive, motivation, attention, etc. Mitochondria are tiny structures within your cells that produce energy (aka ATP). They play a key role in cell functioning and optimal brain health.

There are many ways to use caffeine for brain health. Whether you opt for coffee, tea, or supplements, caffeine increases serotonin and acetylcholine, which may stimulate the brain and help stabilize the blood-brain barrier. Coffee is known to reduce the risk of Alzheimer’s disease, so grab a cup today!

Piracetam is a racetam nootropic that improves the function of the neurotransmitter acetylcholine via muscarinic cholinergic (ACh) receptors, which are the primary receptors involved in learning and memory. Piracetam has been used to treat Alzheimer’s disease, stroke, and head injury. It also shows promising results for treating bipolar disorder. As an ampakine, it binds to AMPA receptors and inhibits their desensitization.

Lipoic acid, like DHA, protects brain cells from conditions such as stroke, sclerosis, and Alzheimer’s. According to Dr. David Perlmutter, author of Grain Brain, low levels of lipoic acid are associated with depression and bipolar disorder. This antioxidant may also reduce inflammation in your brain—which is a big deal when it comes to cognitive health.

Bacopa is a supplement that some people take for memory and learning, but it might also be helpful for brain health in general. One study found that it increased two chemicals involved in thinking, learning, and memory in healthy adults. It’s one of those natural herbs that has been used in Ayurvedic medicine for centuries as a memory enhancer. It’s often called Indian ginseng because of its popularity as a herbal remedy there.

This supplement improves blood flow to the brain and acts as an antioxidant. It’s been proven to help people with cognitive decline and other brain-related diseases. If you’re interested in boosting your overall brain health, it might be worth a try. Ginkgo biloba supplements can be purchased over the counter and are generally well tolerated by healthy adults.

There are many options out there when it comes to supplements that can help you improve brain health and increase your cognitive performance, but not all of them are created equal. There are plenty of scams and ineffective products out there in the market. It is recommended either to stick to natural remedies or take the help of supplements for brain health as prescribed by the doctor.