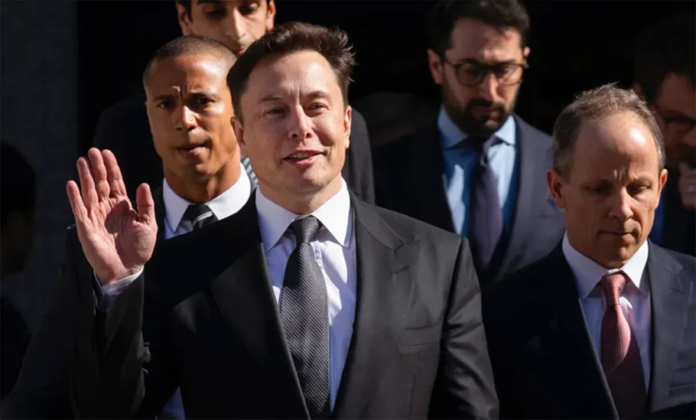 Even as he was attacking one of the Thailand cave rescuers as a “pedo guy,” Elon Musk called himself “a fucking idiot” for sending unverified dirt to Ryan Mac, a reporter for BuzzFeed.

The revelations come via court documents Mac shared on BuzzFeed early Tuesday. They’re from attorneys representing Vernon Unworth, a British man who helped rescue a group of Thai children from a flooded cave in the summer of 2018.

Unsworth was the rescue diver who famously called Musk’s proposal of using a kid-sized submarine to rescue the children “a PR stunt.” Musk responded by unloading on Unsworth, calling him a “pedo guy” on Twitter and prompting a defamation suit.

The new court documents shed new light on Musk’s attempts to go after Unsworth, including his reaction to BuzzFeed’s publication of emails Musk sent to Mac claiming Unsworth was a “child rapist” and married a “child bride.” (Musk punctuated the email by calling Mac a “fucking asshole.”)

According to the documents, just a few days after Musk sent the email to Mac, Musk told his PR agent, “I didn’t expect BuzzFeed to publish an off the record email. My intent was to have them investigate and come to their own conclusions, not publish my email directly. Still, I’m a fucking idiot.”

He continued, “I… responded in what I felt was off the record. In the past, BuzzFeed has respected emails prefaced with ‘off the record,’ but this time they did not. It was still one of the dumbest things I’ve ever done.”

In a recent filing to the court Musk insisted that his “pedo guy” taunt wasn’t him accusing Unsworth of being a pedophile but, rather, was him saying Unsworth was “‘just a weird guy’ or some ‘creepy-ass expat looking for press.'” Additionally, he claimed that he had information from an investigator that suggested Unsworth may have been a pedophile anyway.

But Unsworth’s new filing accuses Musk of knowing the allegations were false but making them anyway. Specifically, Unsworth’s filing claims that, in the days leading up to Musk’s initial email to Mac, Musk received multiple reports claiming Unsworth first met his significant other when she was 18 or 19, not as a child as Musk would allege. (Unsworth’s filing also claims he met her when she was 32.)

The documents also claim Musk and Jared Birchall, his family office manager, offered the investigator an additional $10,000 bonus beyond his fee for “successful confirmation of nefarious behavior.” And Unsworth and his attorneys additionally accuse Musk and Birchall of attempting to leak and plant false stories about Unsworth to the UK press.