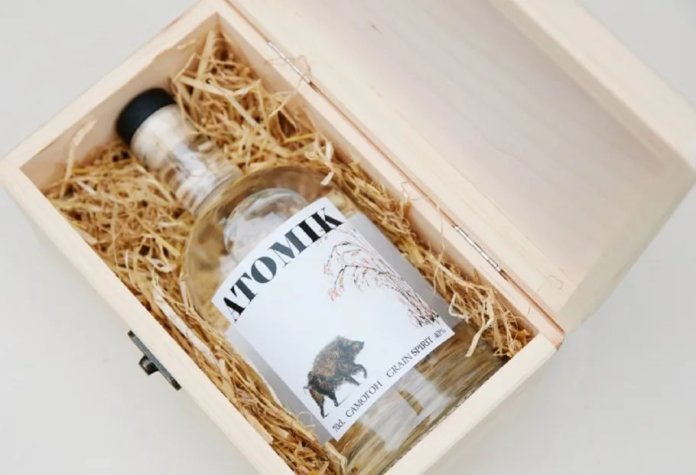 Atomik vodka is made up of water and grain which was grown near the Chernobyl nuclear disaster site. Professor Jim Smith, at the University of Portsmouth, along with a team of researchers from the UK and Ukraine had grown rye crops within the exclusion zone where public access and inhabitation is restricted because of dangerous levels of radiation still present there. However, the vodka hasn’t been contaminated by the radiation and won’t cause your body any harm since any impurities that might have been present in the drink are cleared away via the distillation process.

“I think this is the most important bottle of spirits in the world because it could help the economic recovery of communities living in and around the abandoned areas,” said Smith

SEE ALSO: ‘Chernobyl’ Is The Wide-Eyed Terror Of HBO

Atomik is “no more radioactive than any other vodka. Any chemist will tell you, when you distil something, impurities stay in the waste product. So we took rye that was slightly contaminated and water from the Chernobyl aquifer and we distilled it. We asked our friends at Southampton University, who have an amazing radio-analytical laboratory, to see if they could find any radioactivity. [And] they couldn’t find anything—everything was below their limit of detection,” Smith said in conversations with BBC.

Professor Smith now looks forward to producing the artisan vodka made from grain grown near Chernobyl, and give 75 per cent of these profits back to the affected community. Currently, there’s just one bottle of “Atomik” vodka, however, Smith and his team of researchers plan on producing as many as 500 bottles of vodka in 2019.