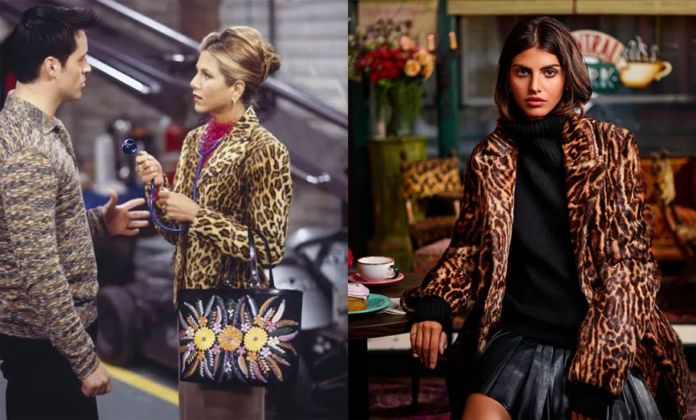 It’s been 25 years since one of the most iconic television shows of our time, Friends, first aired. And all around the world, fans of the sitcom are toasting to Monica, Ross, Chandler, Phoebe, Joey and Rachel. Brands are sharing nostalgia-filled social media posts and activities. There’s even a pop-up with the Central Perk set all laid out in New York to mark the occasion! The latest to jump on the #Friends25 bandwagon is designer label Ralph Lauren.

SEE ALSO: ‘Friends’ is turning 25: Here are the 15 best episodes you shouldn’t miss

Now, every Friends fan worth their salt will know that Ralph Lauren has a special connection with the beloved sitcom. In the show, Jennifer Aniston’s character, Rachel Green, worked for about five years for the brand, from Season 5 until Season 10. In fact, the designer himself made a cameo appearance in Season 6 Episode 8, ‘The One With Ross’ Teeth’.

In honour of Friends‘ 25th anniversary, Ralph Lauren has launched a tribute collection inspired by their former employee, Rachel Green! Befittingly, it’s a work wear collection that takes cues from Rachel’s outfit and style in the show. so you can see a bunch of jackets, mini skirts, pantsuits, knitted tops and things that you remember the character wearing. There’s something for the male fanbase too.

The Ralph Lauren website showcases the entire collection, which is available at a Friends pop-up in Bloomingdale’s New York (the one where Rachel worked!) as well as online. There’s even a video of the models recreating the Friends‘ opening credits video with the couch and the fountain.

Could this BE any more perfect?