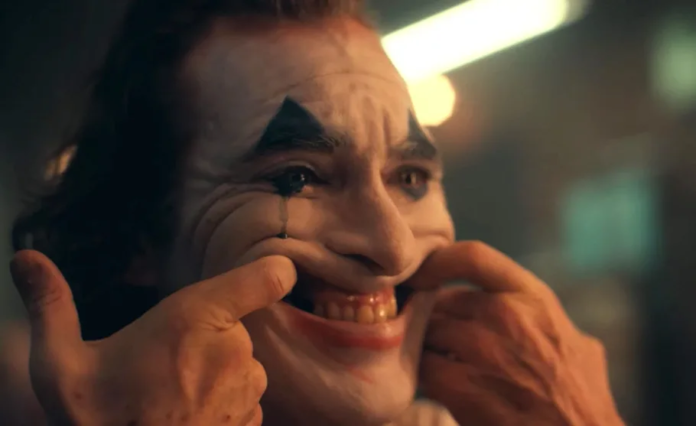 Joaquin Phoenix’s Joker is the next best thing in DC’s skewered and divided cinematic realm.There have been many renditions of Batman and the Joker on TV shows and films and from what we’ve seen so far, the fresh new face for Gotham’s criminal clown is gearing up to top them all. His Joker unlike anything done before and fans have been flipping out ever since the teaser for Todd Phillip’s Joker dropped back in April this year. You probably didn’t miss it but, in case you did, check out Joaquin Phoenix work his magic as ‘Smile’ plays in the background here:

Almost two months before the film hits theatres, in an interview at the Venice Film Festival with Il Venerdi, the new Joker in town spilled some details about his role. Every time someone steps into the role of Joker, her has to get a couple of things right, the funny yet pathos inducing talk, a crazed look in the eyes that shows in spite of layers of badly caked on make-up and finally, the laugh. A Joker’s laugh defines him and it changes between actors who take up the mantle. It is a role that heavily driven by performances and that translates to extra research work that actors must do. When quizzed about how he nailed the sinister laugh Jaoquin Phoenix had the answer of a research nerd.

Pretty intense, isn’t it? I bet he’s going to have the best laugh of them all in spite of the joke being on him. There already is a bunch of Oscar speculations attached to Joaquin Phoenix’s Joker. He is a three-time nominee after all (The Master, Walk the Line, Gladiator). Joining him in the upcoming film are Robert De Niro , Zazie Beetz, Frances Conroy, Marc Maron among others. The director Todd Phillips is an Oscar Nominee too and so is the screenwriter Scott Silver. Its no wonder fans are banking on the movie which essentially belongs to the superhero genre to take home some awards. The hype is real!

SEE ALSO: The Contest For the Best Movie Lines Ever Feature Joker, Gabbar And Tony Stark

Joker is a standalone film on everyone’s favourite DC villain. The film will follow the character as he goes from playing a for-hire clown and moonlighting as a comedian by night. Gotham will need fixing and a deranged joker will be ready with the most colourful schemes to get the job done. Todd Phillips’ Joker is a Warner Bros. Pictures film that is all set to hit theatres on October 4, 2019.