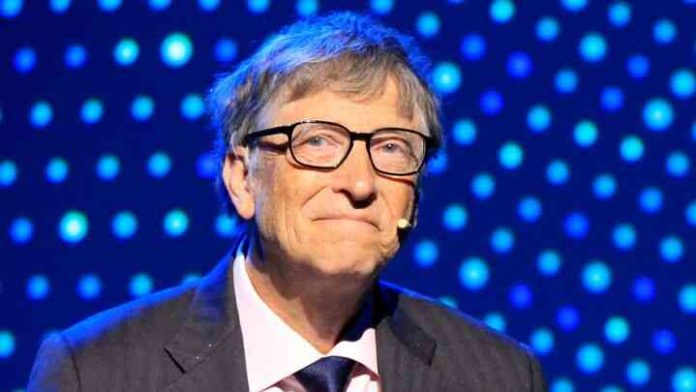 Jeff Bezos tops the list and is the founder & CEO of one of the largest e-commerce conglomerates, Amazon. With a net worth of $131 Billion, he is at the top of this list of richest entrepreneurs. In 1994, he established Amazon which was primarily an online bookstore. Later he diversified his business by adding wide varieties of new category products and there was no need to look back for him. Currently, Amazon is not just the biggest online shopping platform in the world, it has also diversified its business to numerous other verticals like Amazon Web Services, Alexa, Junglee, Audible, etc.

Bill Gates is known for founding the revolutionary computer software firm Microsoft corporation. With a net worth of $97 billion, Gates is in the second position of the list. He is widely credited as one of the masterminds who transformed the personal computing industry with his groundbreaking invention of Microsoft’s operating system ‘Windows’. Established in 1975, Microsoft has spread its wings far and wide by diversifying its interests in several companies like            Skype, Yammer, LinkedIn, Microsoft Mobile (Earlier known as Nokia). He is also very well known for his numerous philanthropic activities.

Warren Buffet is one of the eminent and most successful investors of all time. With a net worth of $82 billion, he is at the third number on this list. He is the owner of Berkshire Hathaway, a company having more than 60 subsidiaries which include Geico & Duracell. He is also a noteworthy philanthropist who has pledged to give away 99% of his wealth to charities.

Bernard Arnault is the chairman & CEO of the multinational corporation in the fashion industry, LVMH which is an acclaimed organization in the luxury-goods business. With a net worth of $76 billion, he is not only one of the richest entrepreneurs but also happens to be the wealthiest man in Europe. LVMH has more than 70 brands under its control.

Carlos Slim Helu is the proud owner of America Movil, the biggest telecommunication company in Mexico. With a net worth of $64 billion, he is positioned at number 5 on this list. Other than telecom, his business interests also include construction, media, consumer goods, mining, and real estate among other sectors.

Amancio Ortega is the co-founder of Inditex, a multinational company that operates the popular fashion brand, Zara. With a net worth of $63 billion, he is the sixth name on this list. Inditex owns 8 brands and has more than 7,500 stores in numerous markets across the world.

Larry Ellison is the well-known co-founder of Oracle, a software firm. With a net worth of $62 billion, he comes at number 7 on this list. Oracle is primarily in the business of CRM database and its recent acquisition of the company NetSuite has helped it in further establishing its name in the cloud computing industry.

Mark Zuckerberg co-founded the famous social networking site Facebook and is currently serving as the CEO. With a net worth of $62 billion, he is the youngest of the richest entrepreneurs, ranking at number 8 in this list. Since its inception in 2004, Facebook has grown exponentially and it has recently acquired the social networking application WhatsApp and messenger app Instagram as well. Zuckerberg has committed to donating 99% of his Facebook holdings towards charitable causes.

Michael Bloomberg has co-founded Bloomberg, a company dealing in software, media, and financial services. With a net worth of $ 55 billion, he is placed at #9 on this list of the most affluent entrepreneurs. He has also signed ‘The Giving Pledge’ thereby pledging to give away at least half of his wealth in charity.

Larry Page is best recognized as one of the co-founders and CEO of Alphabet Inc., the holding company of Google. Apart from being the world’s most popular search engine, Google also provides a number of other digital services like Gmail, YouTube, Drive, Maps, Cloud, etc. Alphabet Inc. has also been involved with various innovative initiatives in health & smart home appliances sectors. With a net worth of $ 50 billion, Larry Page features at the 10th position in this list.

Even though money cannot be the only parameter to judge whether an entrepreneur or, for that matter, any person is rich or not, but at the end of the day, all that matters is the social impact. Nevertheless, the main objective of this article was to list the names of the entrepreneurs in terms of their monetary holdings.

Streamlining your Invoicing Process with the Help of ERP

Things You Can Learn from Aaron Dungca’s Life Journey!

The Efficacy Of The New USA Funding