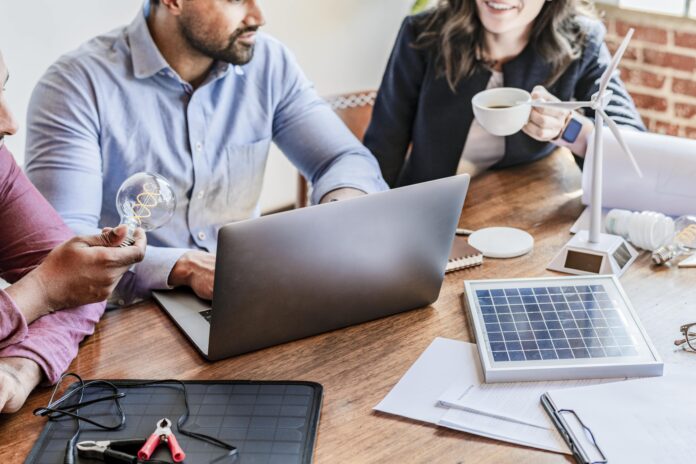 If you watch TV in your home and use a remote to change the channels, then you know that you need to change the batteries every once in a while. Some TV providers will soon switch to a solar design that could save money and help the environment.

First Companies
Samsung is at the top of the list of companies to switch to solar remotes. Only some of the television models from the company will have a solar remote. Once the announcement was made by Samsung, more companies like GoLatino TV and DISH Network started looking into the benefits offered by solar power. The 4K and 8K models will likely be the only televisions that have a solar remote as these were showcased earlier in the year in Las Vegas.

Design
The overall design of the remote will look the same. However, instead of batteries, there will be a small solar panel. It’s estimated that the change could result in over 20 million batteries saved from the trash. Remote Solution is looking at the design promoted by Samsung to see if more companies could come on board with the idea and if it could work with more types of televisions instead of only the newer ones that are on the market. There is a pilot design in the works that uses Google TV’s information. If the panels work on more remote controls, then it could put an end to using batteries altogether. The solar panel would be charged by indoor light as well as natural light. This is beneficial for those who live in areas where the sun might not shine through the windows or if there’s a cloudy day and the panel can’t make contact with the sunlight.

Partnerships
Nowi is a company that has started working with Remote Solution to put together a plan to get more solar remotes out to manufacturers. There could be a rechargeable battery that goes along with the solar panel in the event that something were to happen to the panel or if there’s not enough charge for the remote to work properly. Custom designs are in the works so that manufacturers can have options for customers instead of only one type of remote. The solar panel could be placed on the front of some remotes if there’s a better charge seen once the initial prototypes have been tested. An advantage of the panel on the front of the remote is that it will receive a better charge due to the overall use of the device by the consumer.

Final Phases
One thing that consumers should keep in mind about solar remotes is that they likely won’t be cheap. Until more remotes get on the market, the price could be quite expensive so that manufacturers can continue making remotes and getting more advertised and in stores. There have been a few projects in the works by Nowi that pertain to solar panels on remotes, but an announcement by the company wasn’t made until Samsung came out with their plan. Consumers have looked into solar remotes as well as manufacturers who want to offer the latest technology for customers instead of living in the past and possibly falling behind when it comes to revenue. Remotes could be seen in stores and online with and without televisions later in the year or during the first few months of 2022.

The Benefits of Prenatal Exercise for Expectant Moms