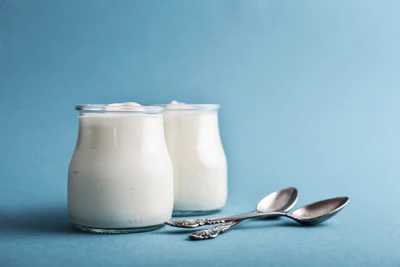 Eating kefir grain could indeed be extremely beneficial to some individuals. You may have heard of people claiming they’ve gained from their grains. Perhaps you have some extra grains and were wondering what benefits it could bring to take them in you. You might not have grains, but you’re seeking to eat. If you’ve not had it yet, you should. It’s not as bad or weird as you imagine. We’ll first look at the basics of healthy kefir grains so you can know precisely what you’re eating.

There are stored vitamins, to a certain extent. One study identified calcium and phosphorus both in the scoby of kombucha. Kefir grains function similarly to kombucha grains. That is the reason the duration of a mineral boost is longer than a single batch. There’s some sort of long-term storage system within the grains.

Are Probiotics More Abundant In The Grains Than Kefir?

A fascinating study answers this question. Bacteria was slightly smaller in the grains than in the kefir, which was then made. But yeast was found to be the opposite way around. It was discovered to be more prevalent in grains and less in the kefir. In essence, during the fermentation, it appears that the bacteria get an advantage over the yeast.

But they acknowledge that it’s hard to determine the exact number of probiotics found in the grains due to the complicated polysaccharide matrix. Also interesting is that the ratios of yeast strains and bacteria strains differ from the finished kefir.

For instance, lactococcus begins with a lower percent in the grain; however, after a 24-hour fermentation, its ratio will be much more closely related to lactobacilli. Studies have also confirmed this. Scientists don’t know exactly what the reason is.

It is difficult to find out which ratio to probiotics is most beneficial. It adds a layer of variety. If probiotics are your purpose, why not test both and see which one your body prefers?

Polysaccharide matrix could protect probiotics in digestion and consequently will have a higher chance of being absorbed into the digestive tract. Additionally, there are various ratios of probiotics in the grains in comparison to the final kefir. It adds another layer to the diversity of probiotics.