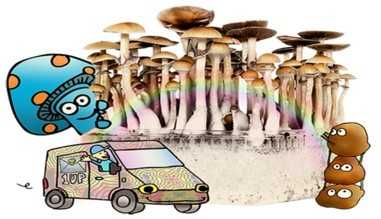 Despite a general push towards legalizing and decriminalizing psychedelics worldwide, many countries are still cracking the whip on psychedelic drugs. However, there are a few countries with more relaxed views. Here are the best places to find legal psychedelics for sale.

Brazil has historically been one of the most liberal countries in the world when it comes to allowing controlled substances. Psilocybin mushrooms (magic mushrooms) have no laws prohibiting their sale, distribution, or use. Thus, there have been no significant recent charges or arrests related to psilocybin. Magic mushrooms are sold mainly over the internet on specialized websites without persecution from local authorities. Additionally, the possession and use of ayahuasca have been legal since 1992 after a series of legal battles regarding the religious rights of traditional ayahuasca practitioners.

Psychedelic drugs in Jamaica are sold openly and have never been made explicitly illegal by the country’s government. Like in many places, Jamaica has tons of opportunities for legal psychedelic for sale retreats within a stone’s throw of Kingston. Many locals and foreigners are gaining momentum in reframing the psychedelic experience as medicinal. This may come as little surprise in a country famous for its cannabis culture, but the legalization movement started only as recently as 2015. Little is known about other psychedelics like ayahuasca, san Pedro, or lysergic acid (LSD), so it’s best to proceed with caution in those departments.

Due to a widely-known legal loophole in the Netherlands, the European country makes it on our list of countries with the most relaxed psychedelic laws. To be clear — magic mushrooms are akin to a schedule I drug in the Netherlands, so their use is completely prohibited. However, you can still purchase and consume psilocybin as “magic truffles,” another part of the mushroom. Head over to any of the Netherlands’ “smart shops,” and you’ll most likely find a selection of truffles.

Ayahuasca also holds legal status in the Netherlands, and it can be purchased in certain shops around Amsterdam and the rest of the country.

It’s no secret that the United States isn’t exactly fond of drugs. The DEA’s Controlled Substances Act classifies illegal drugs into one of five schedules (one being the most dangerous and five being the least). Drugs falling under category I include a slew of psychedelics like psilocybin, mescaline, LSD, and DMT.

However, after a legal battle in the 1960s regarding religious rights, drugs like peyote (derived from cactus) were declared sacred for the Native American communities and protected under law. Again, the area here is a bit grey, as there have been examples of police crackdowns. Members of the Native American Church can legally consume peyote anywhere on the reservation. Still, in the southwestern states of Arizona, New Mexico, Colorado, and Nevada, even those not affiliated with the church are free to consume natural psychedelics.

Peru has one of the most storied pasts when it comes to psychedelics. Ayahuasca, in particular, was used by indigenous tribes in the Peruvian Amazon alongside philosophies of shamanism. Today, the substance is legal to use and possess, and many private companies and organizations offer retreats for those who are keen.

These are some countries where psychedelics are legal to sell offline and online and can consume without thinking of breaking the law.