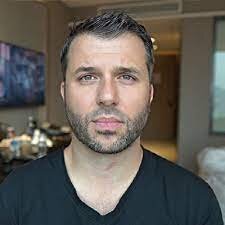 In the current times, you can see a massive trend in Vlogging. It has become an extensive business to build a social emergence to reach young, affluent, and digital viewers worldwide. The inclination towards videos is growing contrary to reading long description content because people get more attracted to high visual effects videos. They enjoy watching video content rather than reading text content.

Realizing the importance and being focused on the current scenario, David Bond, one of the leading Vlogger, has become famous for his travel videos on his YouTube channel. David belongs to Fresno, California, and is fond of visiting different places. From visiting Thailand to various Asian countries, you can see his many travel videos that draw massive viewers on his videos. Thus, seeing his videos, David has gained over five lakh subscribers on his channel.

Initiating Vlogging was not easy for him as there were various hurdles on the way that created distractions. However, with time, without focussing on distraction, David established his ideas and started making unique quality content. So, this made him stand exclusively in the crowd. Also, it helped him in gaining attention from his audience.

On being a famous Vlogger, David clarifies that he doesn’t make the videos to seek the views on his videos, but his motive lies in getting recognition from his viewers. The primary thing for him is to procure acceptance and get a place in the heart of his viewers. He demonstrates that if you are able to win the heart of the viewers, they ultimately wait for the videos willingly thatconcurrentlyincreases the view count.

David’s Vlogs are interactive and descriptive that helps his viewers to get attracted to his videos. Along with it, visual effects on his videos allow his audience to enjoy the videos. David owns a good knowledge of cryptocurrency. In almost all his videos, he guides his viewers about cryptocurrency. So, his enhanced persuasion ability with his hard work allows him to produce more interactive videos.  Lastly, David Bond, whose real name is Steven Mapel, became a trendsetter by showcasing his quality-based and optimized video content. He is not only a Vlogger but works socially doing charity works. At a children’s hospital in the national capital, David donated 314,440.00 Thai Baht. Providing financial assistance for the noble cause, he received appreciation from The National Institute of Child Health in Bangkok. Thus, David is a renowned personality who attained fame with his video-making skills.

Many Reasons For Hiring A Limousine

Understanding Visitor Insurance and Its Benefits