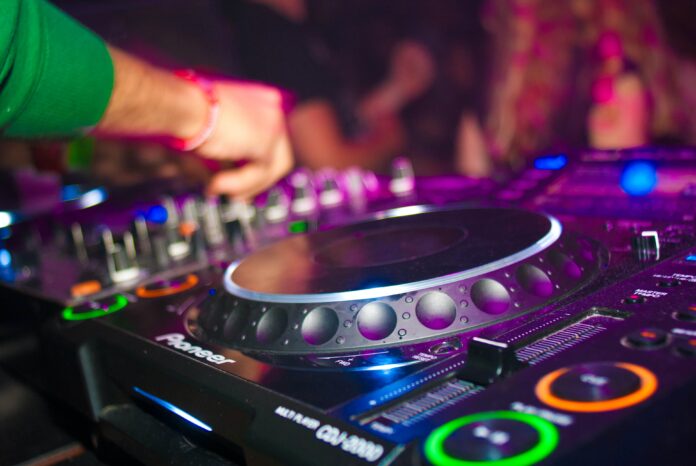 In Western music, rhythm is the structure that holds all the other parts together. You could compare a song’s rhythm to an egg in a cake recipe. It’s what keeps everything together over time. The rhythm affects the music’s speed, and how each instrument’s notes play and fit together to make the whole.

In this article, we will explain rhythm in music in more depth.

What is Rhythm in Music?

A song’s rhythm is its pattern of strong and weak music beats, silences, and louder parts. In music theory, rhythm is the way that notes and silences happen at the same time over and over again.

When a set of notes and pauses is played repeatedly, it makes a rhythmic pattern. Not only does musical rhythm show when notes are played, but it also shows how long and loudly they are played. This gives each note a different length and makes different kinds of accents.

The steady pulse that stays the same throughout the piece is called the beat. The beat is the speed at which the music is played. It stays mostly the same within each musical measure. The beat is what you can hear on a metronome or the piano.

Rhythm, on the other hand, is how the lengths of the music notes change. These are the complicated ways that the notes are arranged within the beat. The “length and accent” of the music notes themselves are what Rhythm means. It is how beats fit together in an underlying pattern, and when it comes together with pitch, it makes melody.

What’s the Point of Rhythm in Music?

Rhythm drives a piece of music and gives it shape. Most musical groups have a section called the rhythm section, which is in charge of the group’s overall rhythm. Depending on the situation, drums, percussion, bass, guitar, piano, and synthesizer can all be considered rhythm instruments. But each person in a music group is responsible for their rhythm and plays the beats and rhythmic patterns that the piece’s composer tells them to.

7 Elements of Rhythm in Music

In music, the number of beats per measure is indicated by the musical time signature. It also tells you how long these beats are going to go on.

Every five beats constitute a whole measure in 5/4 time. A beat corresponds to an eighth note in a time signature with eighth notes at the bottom (such as 3/8, 6/8, or 9/8).

Meter is not tied to note values. For example, a triple meter could have three half notes, three-quarter notes, three eighth notes, three sixteenth notes, or three notes of any length. Musicians and composers often use both duple and triple meters in their work.

The speed at which a piece of music is played is called its tempo. There are three main ways to tell players how fast the music is going: beats per minute, Italian terms, and modern language. Beats per minute, or BPM, shows how many beats there are in a minute.

Syncopated rhythms are not in time with the downbeats of each measure. A syncopated beat usually emphasizes weak beats, like the second eighth note in a 4/4 measure. Syncopation is often a part of complex rhythms.

Even though these rhythms may be harder for a beginning musician to learn, they tend to sound more interesting than rhythms that don’t have syncopation.

Accents are when you put more emphasis on certain beats than others. Think of a poem to figure out how to understand an accent. Some poetic meters, like iambic pentameter, may require a mix of stressed and unstressed syllables.

Musical accents are no different. Different rhythms may have the same time signature and tempo, but they are different because they emphasize different beats and notes.

An ensemble may use polyrhythm. It adds one type of rhythm on top of another to make a very ambitious rhythm. For example, in a salsa percussion group, the congas and bongos might play a pattern in 4/4 time, while the timbales play a pattern in 3/8 time simultaneously.

This makes a dense rhythmic stew, which can lead to danceable rhythm patterns when done right. Polyrhythms began in African drumming and have since spread to a wide range of styles worldwide, including Afro-Caribbean, Indian, progressive rock, jazz, and contemporary classical.

In terms of musical composition, rhythm is a critical component. It’s what gives a song its characteristic sound. If you know about the different kinds of rhythm and how they work, you can make music that sounds better.

Learn about the different kinds of rhythm and how they are used in songs. Try them out and see how they sound with your music. Understanding rhythm may significantly impact your playing, and you might be shocked by how much.